Your cravings for comfort food could be the result of a complex interplay among your taste buds, brain, stomach and hormones. Stephanie Osfield shows you how to win this particular hunger game.

Next time you watch a tear-jerker at the cinema, watch your snack intake, too. While viewing a sad film as part of a study at New York’s Cornell University, people ate 36 per cent more popcorn than those who’d seen a happy film. Of course, weight gain is often the outcome of this behaviour. Germans call this phenomenon Kummerspeck, or ‘grief bacon’, a term that refers to the excess weight that results from emotional overeating. But according to the latest science, controlling feelings-driven food cravings may be more than a simple matter of willpower.

Researchers at Belgium’s University of Leuven took taste buds out of the equation altogether. When they exposed volunteers to photos and music that triggered feelings of sadness, they prevented them from tucking into comfort foods and instead gave them either a high-saline solution or a high-saturated-fat solution via a feeding tube. The results? Subjects who received the fat solution enjoyed a better mood than those who received the salt version, and their MRI scans confirmed it: The brain areas that process sadness lit up far less for the sat-fat group than they did for the saline group.

Interestingly, the saturated fat appeared to work like an anaesthetic nutrient, dampening sad feelings. These findings suggest that the interaction between your stomach and your brain (a relationship that experts still don’t fully understand) may actually dictate which kind of comfort food you crave. Still, a strong urge for chips or chocolate doesn’t mean you’re a slave to your grey matter. Studies also show that certain activities and thinking styles can alter brain chemistry, so the best way to address the following common emotional-eating triggers is to take a mind–food approach.

Next time you’re stressed, and your mouth is watering at the thought of ice cream or a sausage roll, “consciously stop and give yourself the choice”, says Dr Rick Kausman, an expert in eating behaviour and health and weight issues, and a director of The Butterfly Foundation for Eating Disorders, which supports people who suffer from eating disorders and negative body image. “Tell yourself: ‘I can eat this if I want to, and I can have it anytime I want, but do I really want it?’” says Kausman. “Simply posing this question can act as an emotional circuit breaker, making people realise they are in control and can exercise that control to say no to comfort food.”

“To minimise comfort eating, enjoy meals that include adequate protein (such as meat; dairy products; and legumes, such as beans and lentils), complex carbohydrates (such as wholegrain bread and rice) and vegetables,” advises Melanie McGrice, a spokesperson for the Dietitians Association of Australia. “These foods not only break down slowly, providing lasting energy, but also stimulate appetite hormones that signal your brain that your belly is full.” Serve all snacks on a plate Try to do this even when you’re mad or sad. “You’re less likely to eat

Serve all snacks on a plate

Try to do this even when you’re mad or sad. “You’re less likely to eat a whole packet of rice crackers if you see the food on a plate. This visual reality check instantly shows you that the portion is too big,” says McGrice.

At night, our circadian rhythm, or body clock, ramps up hunger as well as cravings for sweet, starchy and salty foods, reveals US research from Oregon Health & Science University. “Evening is also the time when we tend to notice if we’re feeling unhappy or uptight,” says Meredith Fuller, a Melbourne-based psychologist. So instead of reaching for snacks, why not take pleasure in a cup of tea? “Use lovely china cups and different varieties of loose-leaf tea to create an evening tea ceremony,” suggests McGrice. “Many people find it soothing to savour a warm drink instead of having an after-dinner snack.”

“Some food cravings are all about nostalgia and the desire to recreate the feelings we had when we were younger and life felt safer and simpler,” says Dr Leon Massage, spokesperson for the Australian Medical Association on weight issues and nutrition. “But there are ways, which don’t involve food, to create similar feelings.” These may include hugging a partner or friend, listening to uplifting music, going for a power walk or having a good laugh while watching a comedy. “Studies show that such activities can help increase mood-lifting brain chemicals,” explains Massage.

“We found that ACTing on Weight, a one-day workshop that taught people mindful techniques, helped them reduce their emotional eating,” says Emma Gallagher, a doctoral candidate in clinical psychology at Melbourne’s Monash University, where she has conducted research using Acceptance and Commitment Therapy (ACT), a new form of mindfulness treatment. “At the three-month study follow-up, the group who were using the ACT mindfulness techniques had maintained their weight, unlike the group that wasn’t using the ACT-based approach.”

Mindfulness means more than simply savouring food and giving it your full attention. “It also means being mindful of your thoughts and feelings, and consciously learning to view them with some distance, as well as the acceptance that difficult thoughts and feelings arise in life,” explains Gallagher. “This allows you to recognise and interrupt habitual thinking patterns and actions that can trigger emotional eating, such as the thought This food will make me feel happier.

This new awareness makes you better able to address those thoughts and feelings, and to adopt new habits or actions that are in line with your life values and goals. For example, If I eat now, when I’m feeling down, my experience tells me I’m likely to feel worse after eating. But if I sit with my difficult thoughts and feelings instead of trying to avoid them by eating, I will not create additional unpleasant experiences, such as shame and guilt, or consume extra kilojoules. I’ll also have more energy for other activities, such as hobbies and socialising.

Take your mind off your food craving with activities that shift your attention. Try calling a friend, walking around the block, drinking a glass of water or doing some stretches.Eat away from the screen Experts caution that eating meals or snacking while preoccupied with your computer, mobile phone or television makes your meal seem less satisfying, so you’re more likely to seek out snacks later.

UK-based researchers at the University of Bristol decided to test this theory: They asked one group of adults to eat lunch mindfully, and another group to eat lunch while playing the card game solitaire on a computer. When both groups were offered biscuits 30 minutes later, those who’d eaten their lunch free of distractions ate far fewer bikkies. Savour treats sometimes “Research repeatedly shows that people who diet experience stronger cravings for unhealthy snack foods,” says Massage.

Be aware that other people can influence your food choices

US research shows that our perception of the ideal body weight is also shaped by those around us, and that we tend to mimic others’ behaviour — from eating more to fit in with our plus-size friends to eating less when we’re with our slimmer, more weight-conscious friends.

When US researchers looked at groups of three people for the 2012 Friends Don’t Let Friends Eat Cookies study, they found that if two friends restricted their intake of biscuits, the third friend did the same, not only when with the group, but also when alone. On the flip side, when two friends ate more biscuits, the third friend also tucked into more, and ate more when alone as well.

Employ friends as your food coaches

“If you ask friends to help you fulfil your goal of making healthier food choices, then they won’t worry that you’re judging their choices,” says Fuller. “They’ll also be more likely to support you in making healthy food choices in group situations.”

Order an entrée of salad.

Say “I had a huge work lunch, so I won’t be eating three courses.”

Share dessert with someone, but have only a few spoonfuls.

“When people engage in emotional eating, they’re often engaging in non-hungry eating as well,” says Kausman. He suggests you eat when you’re noticeably hungry, such as when you feel ‘empty’ or when your stomach’s growling.

“It’s not a good idea to wait until you’re overly hungry (or practically starving!) because this makes it much harder to eat slowly and mindfully, and to really enjoy your food, particularly if your emotions are driving your urge to eat,” Kausman explains.

Lack of sleep can often be the reason you have trouble concentrating or staying on task. When people slept as part of a University of Chicago study, after just two nights of nearly four hours of sleep, they experienced a drop in leptin, the hormone that signals stomach fullness, and a spike of 71 per cent in ghrelin, a hormone that increases hunger. As a result, their cravings for cake and lollies intensified, while their desire for healthy foods (such as fresh fruit and vegetables, and dairy products) diminished.

“The more you chew, the more your stomach signals your brain that you’re full, and the more satisfying the food,” says McGrice. “So if you’re craving comfort food, tuck into something that’s crisp or filled with fibre, such as carrot and celery sticks with avocado dip, or wholegrain crackers with a can of tuna.”

According to US research, consuming simple carbohydrates, such as those in doughnuts and white bread, can cause an energy surge that’s followed (about four hours later) by falling levels of blood glucose, which inevitably lead to excessive hunger.

“Sugar can quickly increase mood- and pleasure-related brain chemicals, such as serotonin,” agrees Massage. “This is why you can feel a rapid increase in wellbeing after eating sugar.” However, “sugar can also lead to a rise in adrenaline levels, leaving you feeling edgy, shaky or nervous”, adds Massage. “So if you’re already quite emotional, sugar may only compound such feelings and increase your desire to reach for more comfort foods a few hours later.” 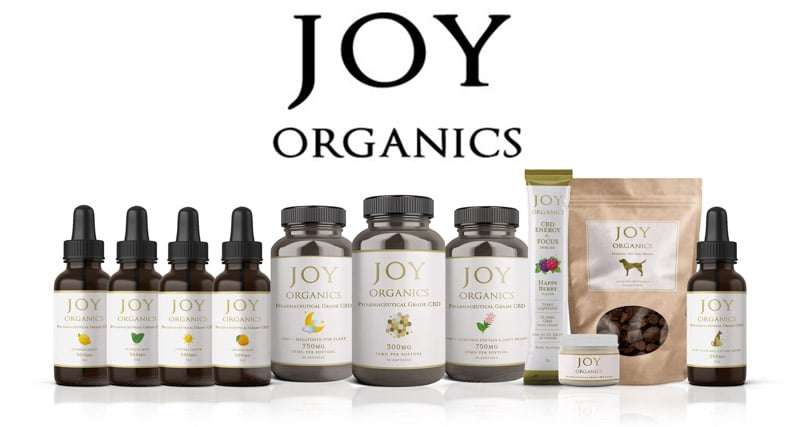 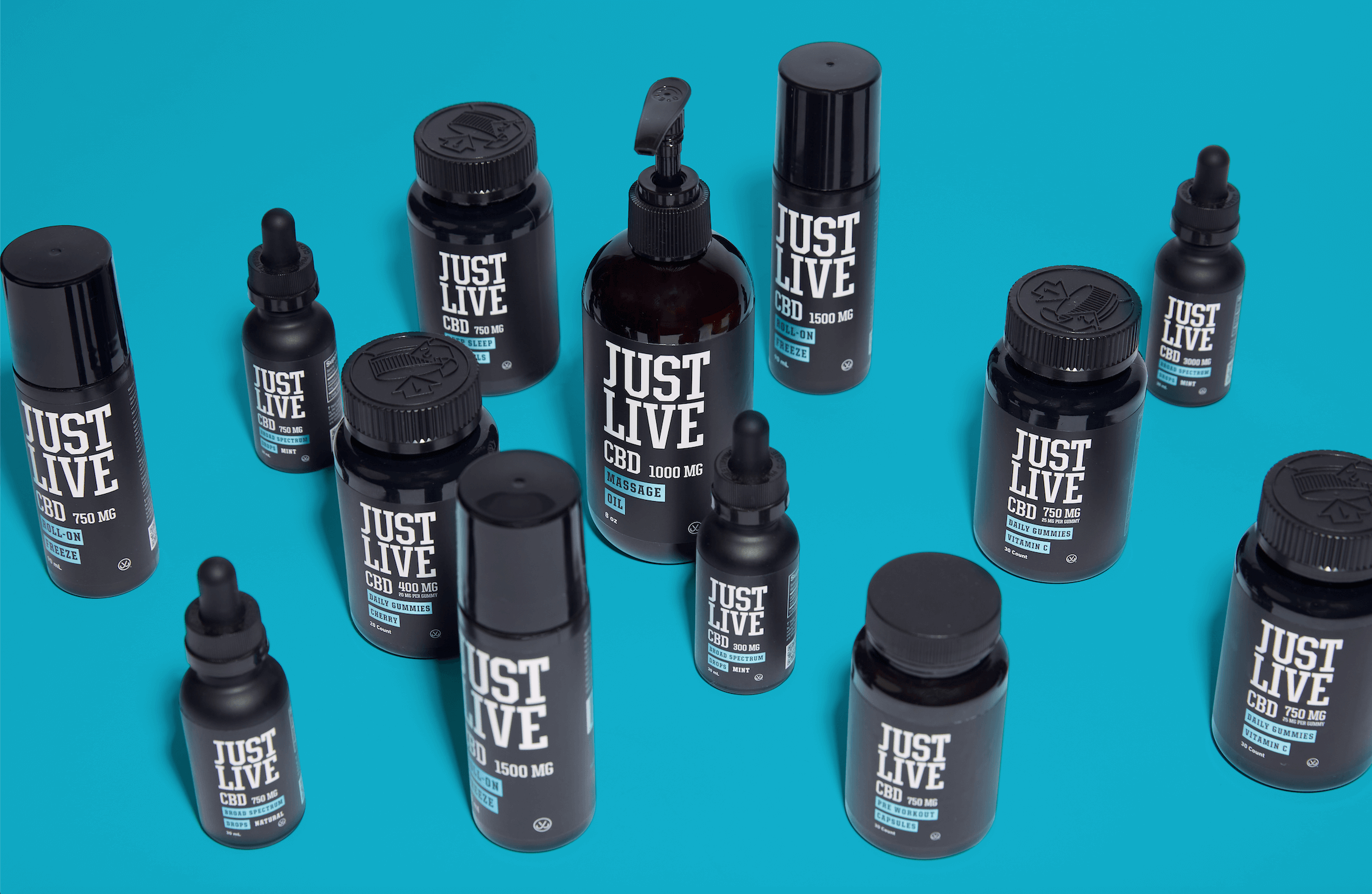 Just Live CBD Review – By Athletes For recovery and performance

7 Facts about CBD that you need to know

Disclaimer: The products and supplements mentioned on this site are not intended to diagnose, treat, cure, alleviate or prevent any diseases. All articles on this website are the opinions of their respective authors who do not claim or profess to be medical professionals providing medical advice. This website is strictly for the purpose of providing opinions of the author.
Privacy Policy