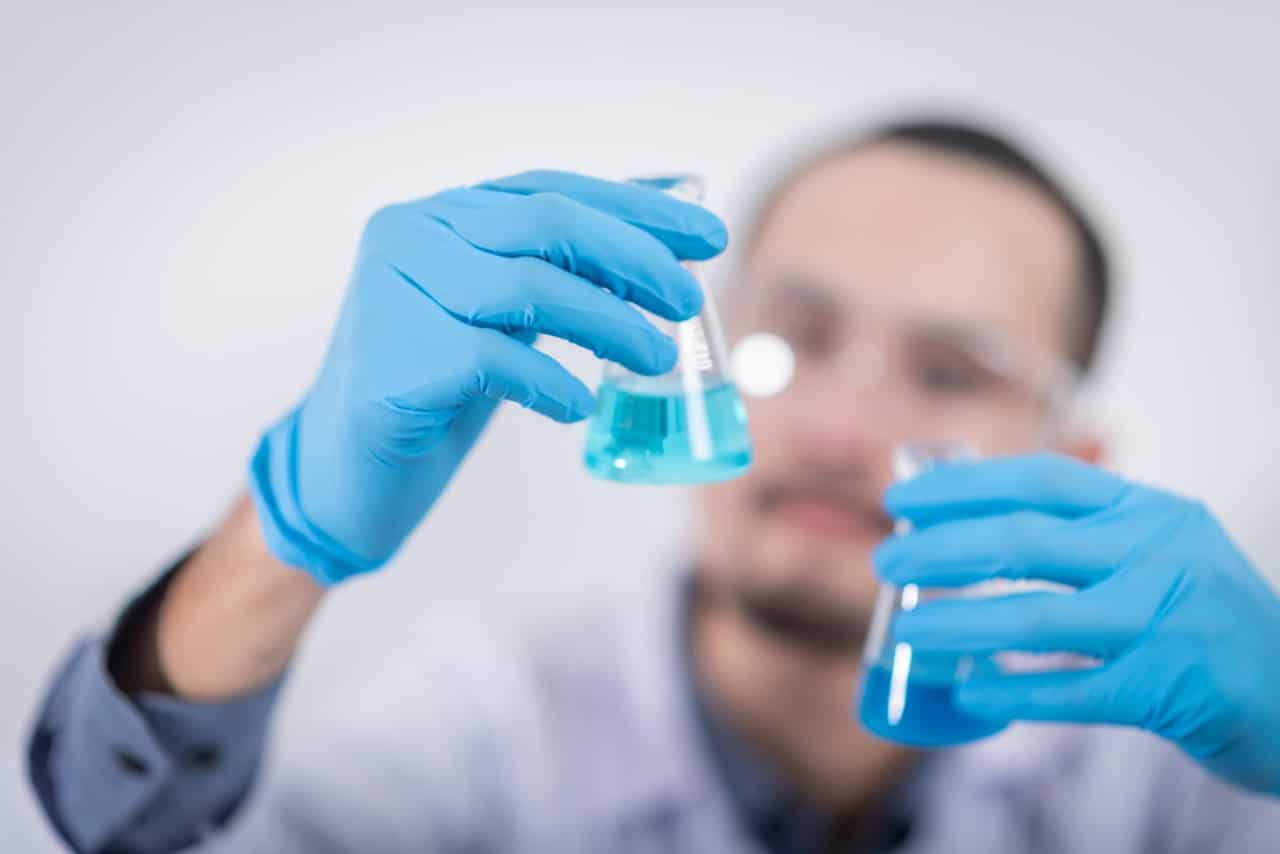 In recent years, Delta-8, which is short for delta-8-tetrahydrocannabinol, is a hemp-derived chemical substance that has gained wide popularity in the cannabis world. This is mainly due to the plethora of benefits it offers and the milder high it produces compared to the intoxicating delta-9.

What is delta-8 and how does it compare to delta-9?

Delta-8 is a naturally occurring chemical compound that is present in small traces in the hemp plant.

Basically, there are 140 known cannabinoids in the hemp plant, with cannabidiol (CBD) and tetrahydrocannabinol (THC) being the most abundant. Both delta-8 and delta-9 are both forms of THC.

However, most times when people refer to THC, they often mean the delta-9 as it is mainly responsible for the “high” feeling you get when you smoke marijuana. Apart from this “high” feeling, delta-9 THC can possibly bring on anxiety or paranoia.

Delta-8 is a different form of THC; it causes a milder high and that’s why it is sometimes referred to as “marijuana lite.”

The psychoactive experience you get with delta-8 is much subtler, and this makes it a great option for everyone who’s new to using hemp. You can start your cannabis journey with this form of THC.

Another key difference between delta-8 and delta-9 is in their chemical structure. Delta-9 has a double bond on the ninth carbon, while delta-8 possesses double bonds on the eight carbon atom.

Delta-8 is produced in tiny amounts in hemp plants, unlike delta-9 that appears in large quantities. That’s why delta-8 products are created in the laboratory that supports the extraction of the compound through a chemical conversion method called isomerization.

You can also read — What Is Industrial Hemp? (Does It Contain CBD?)

Currently, there is no law against the use of delta-8. The 2018 farm bill legalized the cultivation and use of hemp for various purposes. Hemp is now grown locally and used for extraction all over the U.S. And since delta-8 is derived from hemp, it means making delta-8 is also legal across most states, even where delta-9 is illegal.

Only a few state laws specifically talked about delta-8. Most states laws pertaining to cannabis use language that covers cannabis, marijuana, CBD, THC, or delta-9 tetrahydrocannabinol.

People who live in states where THC is illegal now search for delta-8 because it may be legal to use in their state, even if it doesn’t produce the high associated with regular THC (delta-9).

Many manufacturers of hemp-based products are now ramping up delta-8 production to meet the demands of consumers and shipping it to all parts of the United States.

States where delta-8 is illegal

At the moment, 39 states have legalized the use of delta-8. However, 11 states consider delta-8 to be illegal according to the state law. These states cite reasons like the lack of mandatory testing standards and safety concerns. Some experts feel that the chemical conversion process in the extraction of delta-8 can generate residual solvents that are not naturally present in the plant. They stated that these chemicals could cause potential harm if the solution is not properly cleaned.

Commonly, producers are free to ship to different states except these:

So, apart from these states, you can receive delta-8 in the mail in all other states. However, producers determine whether to ship to a state because of the hazy legality of this chemical substance. This is why you need to always check a producer’s website to be sure of the states they ship to before placing an order. With Laws ever-changing, it’s always important to double-check your local laws and regulations before any purchases.

Other minor cannabinoids present in the hemp plant

The hemp plant contains other minor cannabinoids other than THC and CBD. The advancement in technology has led to the isolation of different cannabinoids and the determination of their effect on the body.

Our body contains many cannabinoid receptors that have an association with appetite, mood, pain sensation, memory, and more.

And the effect of the entire concerto of cannabinoids forming a bond with the receptors leads to the much sought-after effect called the “entourage effect.” A lot of people enjoy the full spectrum of cannabinoids saying it is far more effective than the CBD isolates, which contain just CBD.

So what are some of these other minor cannabinoids in the hemp plant? Without wasting much time, we will focus on the most common types that are fully legal, non-psychoactive, and have healing potentials.

CBG is a short name for Cannabigerol, and it is a hemp-derived cannabinoid that offers fantastic benefits. Chemically, CBD is the precursor to CBD, THC, and CBC. Its acidic form –CBGA- breaks down to form the base molecule for other cannabinoids in the hemp plant.

CBD is non-intoxicating, and it offers a lot of benefits. It may work to treat glaucoma and can work against the action of hard-to-treat MRSA bacteria. Several studies have also shown that CBG helps relieve depression, anxiety, and pain.

You can also read —- What is CBG? (All About Cannabigerol)

CBD is a short name for Cannabinol. This cannabinoid is formed as a result of THC degradation. And studies have shown that it has anti-bacterial effect on antibiotic-resistant bacteria like MRSA.

More so, CBD has neuroprotective properties and helps support brain health. It also boosts appetite, but does not produce any feeling of “high.”

You can also read — What is CBN? (This Cannabinoid Might Be The Next Big Thing)

CBC, also known as Cannabichromene, is similar to CBD in that it does not have a direct binding to cannabinoid receptors. However, it binds to receptors linked to pain, making it an effective painkiller.

Apart from pain, CBC has been shown to be effective at reducing inflammation and cancerous cells.

THCA is a short name for Tetrahydrocannabinolic Acid. It is formed when CBD is exposed to heat or ultraviolet light, and it is a pre-cursor for THC and CBD formation.

This cannabinoid is also destroyed with heat and that’s why you probably never got any from smoking hemp. So, if you want to enjoy THCA, you’ve got to take it raw – meaning raw hemp.

You can eat hemp raw or juice it into a hemp smoothie. Raw help offers many benefits, assisting in anti-inflammatory and immune system functions.

So there you have it- the most common minor cannabinoids in the hemp plant. Research is still ongoing to learn more about the other types.

You can also read — CBG and THCV: All You Need to Know About These Beneficial Cannabinoids

What are the benefits of delta-8 generally?

Like we mentioned earlier, delta-8 produces a toned down kind of psychoactive effect. The mild impact activates the endocannabinoid system and works as a natural anxiety-reliever.

Will you test positive for THC after using delta-8?

A lot of people are concerned about the result from drug tests when they use delta-8 products. Well, it depends and most tests look for traces of delta-9 since it is the main culprit for the feeling of “high.”

However, you need to be careful of the delta-8 products you’re using because some manufacturers use delta-9 THC and state delta-8 THC in the product description. Since it’s still a gray area legally for most states, if you’re worried about a drug test it’s best to stay away from delta-8 since it stays in your system about as long as delta-9 which could lead to issues as states and companies decide policy.

Delta-8 is a cannabinoid present in the hemp plant but it does not produce any strong feeling of “high.” Instead its effect is mild and that’s why it is used in many products commercially. It is legal to use and it offers a lot of health benefits.

That said, ensure you use a credible source if you’re looking to purchase a delta-8’s related product. Quality, tested products come with a QR code or batch number on the box that gives you access to the test results on the website. Do not buy products that aren’t tested or have unclear test results.

You can also read – Are CBD Gummies Here to Stay? [Yes They Are!] 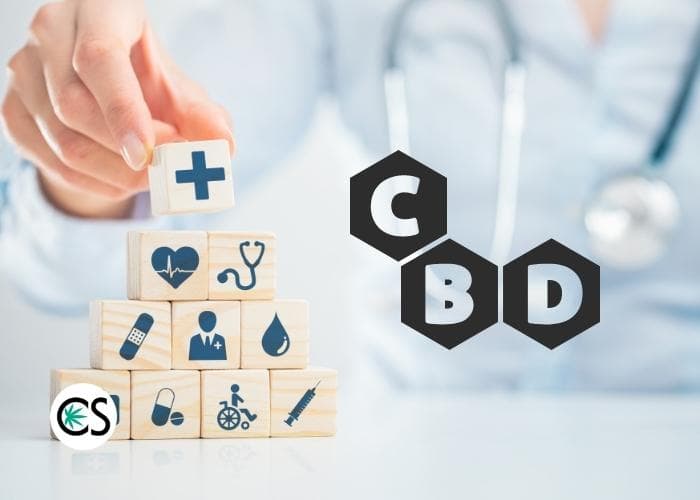 What Does CBD Oil Treat? 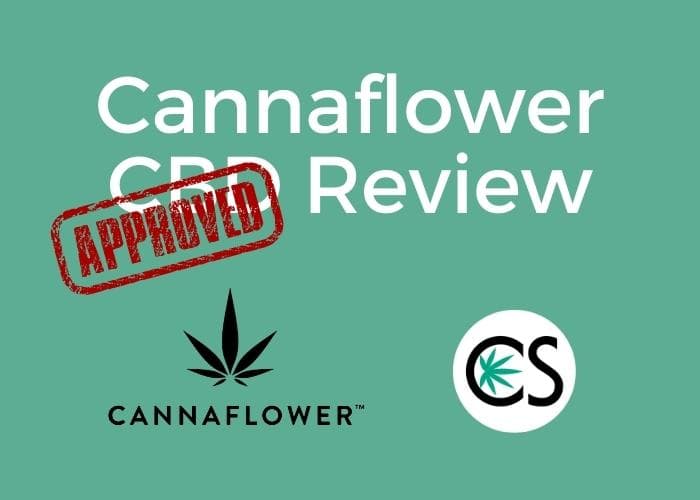 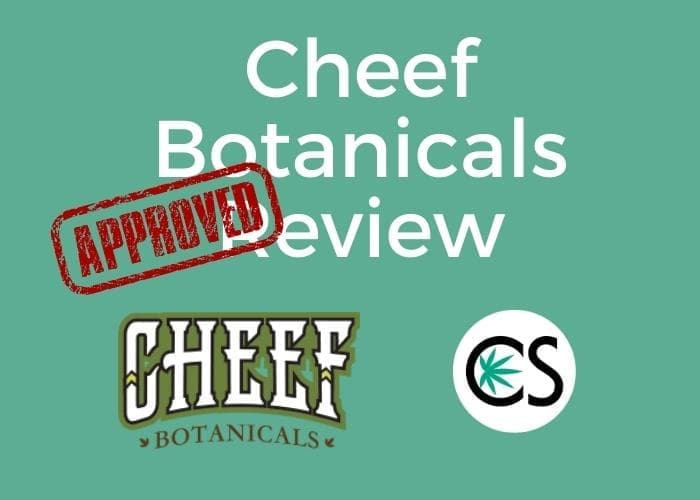